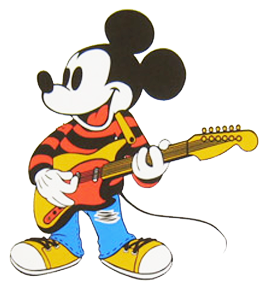 At this stage in the game, I’m pretty positive I’ve had my hands on a couple thousand guitars. I did time as an assembler for one of the worlds leading electric guitar manufacturers, started a business six years ago repairing, modifying and building guitars and have been noodling daily since I was 12. All that quality time with the strings and the people who play them has lead me a conclusion. Guitars are just like people. Allow me to explain.

Names and Personalities
To fans of music the instruments on stage are just as famous as the people playing them. Lenny, Trigger, Lucille, Blackie, Tiger, Oceldoc, ETT FUK, Frankenstrat, Mickaber all these names might not ring a bell to you but to the fans of Stevie Ray, Willie Nelson, B.B King, Grateful Dead, Phish, Metallica, EVH and the Rolling Stones they might as well be another member of the band. Attributing a name and other human like characteristics to an object brings a sense of life to that object. It’s called anthropomorphism and it’s a quirky practice. Naming the most prized possession gives importance and levity to that object while at the same time psychologically creating a schism in the traditional owner/object relationship. By naming something that object becomes separate from ourselves with its owe unique personality, feel, character flaws, voice and vibe. In a very real sense … one that only can be understood from the musician-instrument relationship perspective…  the guitar has a life of it’s own.

They’ve got a story
Just like people, all guitars have a story. A history. Past events that lead up to their current situation. Whether that means being nicely cheesed up from from last night show or hanging up on a pawnshop wall for the past 25 years each instrument has a story. As a repair person it’s good to know bit about the story when they land on the bench. Details that are often Important and informative.

Some instruments have been with the same owner their entire life. It’s kind of surprising in the day and age of trading/flipping/selling but when someone hands you their life long guitar baby, they do not hesitate to let you know. Guitars are often times a persons first big purchase. Something they had their eye on for a while and worked summer jobs and paper routs to save up enough scratch to finally take home the six string beauty they played for hours in the music store or watch their idol jam on night after night for crowds of adoring fans. Remember that scene from Waynes World when Wayne finally takes home the olympic white Strat? I think of that scene every time I hear the story of a musicians first guitar purchase. It’s a great story to hear!

Some guitars have a bit more fractured past. If it’s not love at first listen, the odds of an instrument being stashed away, sold at a yard sale, used in half baked lutherie experiments or listed for sale online go up each day the guitar isn’t played. The ones that don’t get played need the most love. I see lots of these instruments. They usually show up missing a couple strings with a box of new parts. Breathing fresh breath back into the forgotten ones is alway a treat. Recently, I had a customer drop off a parts caster strat he started building in the 80’s. The guitar had not been played in years but kept safe in its case overtime so when it came to to dust the strings off and get the band back together all the instrument needed was a new bone nut and a little bit of wiring. 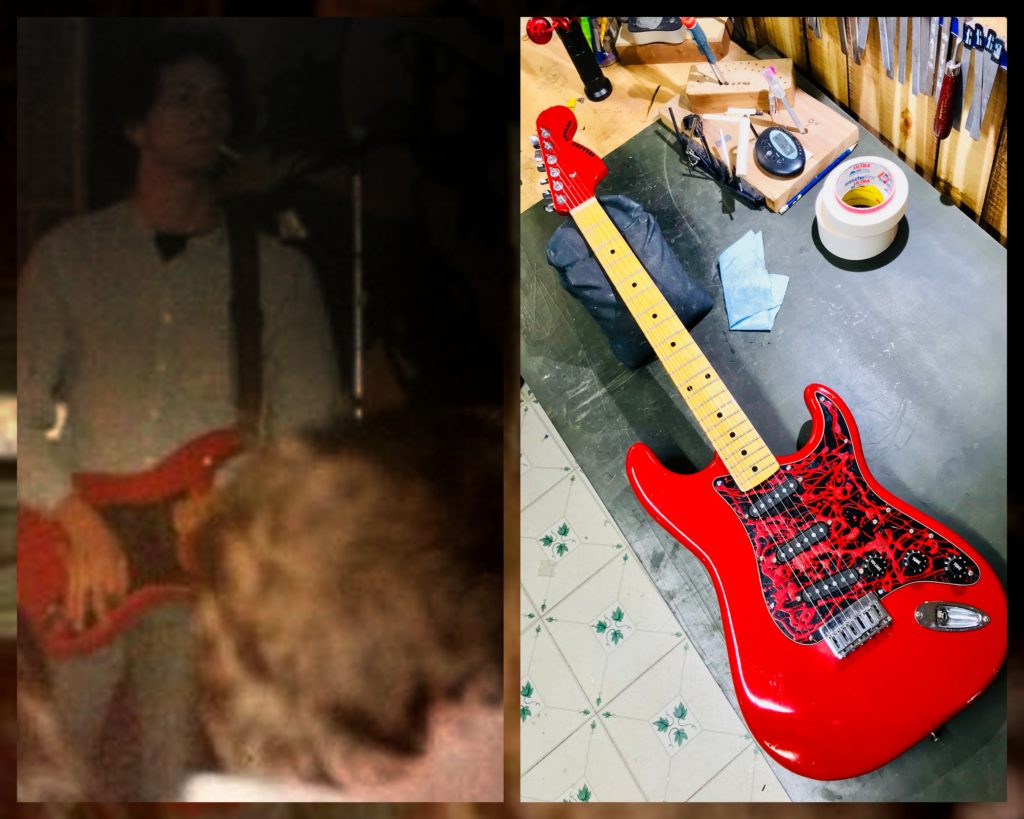 Some guitars have traveled all over the world with their musicians. The other day I had the good fortune of bumping into a fledging luthier who showed me his mid-90’s PRS that he toured all over Europe with in the early 2000’s when his band was playing with a few other metal acts. He had a very strong connection to this instrument. His group – like so many others – eventually disbanded going their separate ways but the he still had his pride and joy. Still had his PRS. Still had the memories of being on the road, in a strange land, chasing down the dream. For a musician the instruments story is the artists story. They are one in the same. 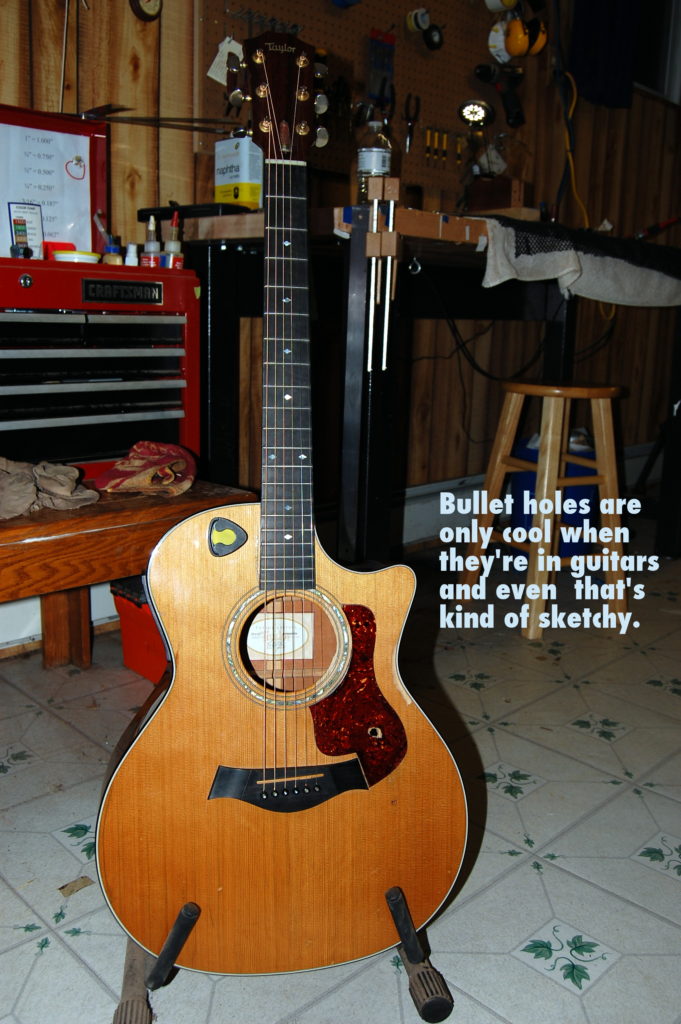 Voice
Wood is an organic material. No two pieces are alike. This means two guitars could look exactly the same but sounds and feel completely different. The difference is subtle and may take acquired ear to detect but every D-28 will sound different in its own unique way.  Different doesn’t mean bad. It just means different. The rosewood of one dreadnought may have a little bit more magic then its compadres or the grain on one sitka top may have a tighter pattern then the others in the batch. Every step taken in the process will show in the final product. From when the wood was harvested to the gauge of string used each step will have a distinguishable impact on tone.

People have distinct voices too. Have you ever met two people who sounded exactly the same?  Rarely do two people sound identical. Our voice is almost as unique as a fingerprint. The voice of an instrument is known in the guitar world as tone and musicians can really geek out over tone. They chase it, manipulate it and try to replicate the tone of their favorite players guitars. For electric guitars, most of what you’re hearing is amplifier and pickups but acoustics are a bit more unique. The tone of an acoustic blooms and develops with each and every note played. A subtle evolution over time constantly striving to find its most authentic self and true voice.

Anatomy
Disney/Pixar are to anthropomorphism what Lemmy is to Rock n’Roll…the epitome. As soon as little red pants and shoes went on that big eared mouse, the entertainment business changed forever. Before we knew there were dogs eating spaghetti, furniture with french accents and talking cars with eyeballs for headlights.

As guitar evolved throughout the years players and builders started assigning names to parts of the instrument while talking about its design. Turns out the most natural and universal way of describing components of instrument was to compare it to a human. The part at the top where the string attach became the “head”stock. The big round part that the bridge and pickups sit on became the body. The swoops in the middle of the body became the waste and the long narrow piece connecting the body and the headstock became the neck. The natural inclination was to immediately see some version of ourself in the instrument. Strange right? It’s not to far from the realm of possibilities when you compare the lines of a Strat to the shape of a beautiful woman or the horn on a bass certain part of the male anatomy. Artists have been drawing inspiration from the human form ever since forever.

Character
We’re not talking about Disney movie character this time but character in the sense of having some magic. Personality. Stories to tell. And the guitars that are played the most are always are the ones with the real real good mojo. Characters takes years of playing to develop but a rare few just have it from the beginning. Character varies from guitar to guitar and there are a lot of factors that go into trying to define the feel of an instrument from a builders perspective. What it all comes down to is the idea that a guitar has a life a its own. All the love that  lead to the dings and scratches adds to the instrument and each represents a point in time in that guitars journey. Guitars that have character – and the ones with a healthy dose – are freaking sweet! It’s also a bit easier to play them once they’re not pristine. 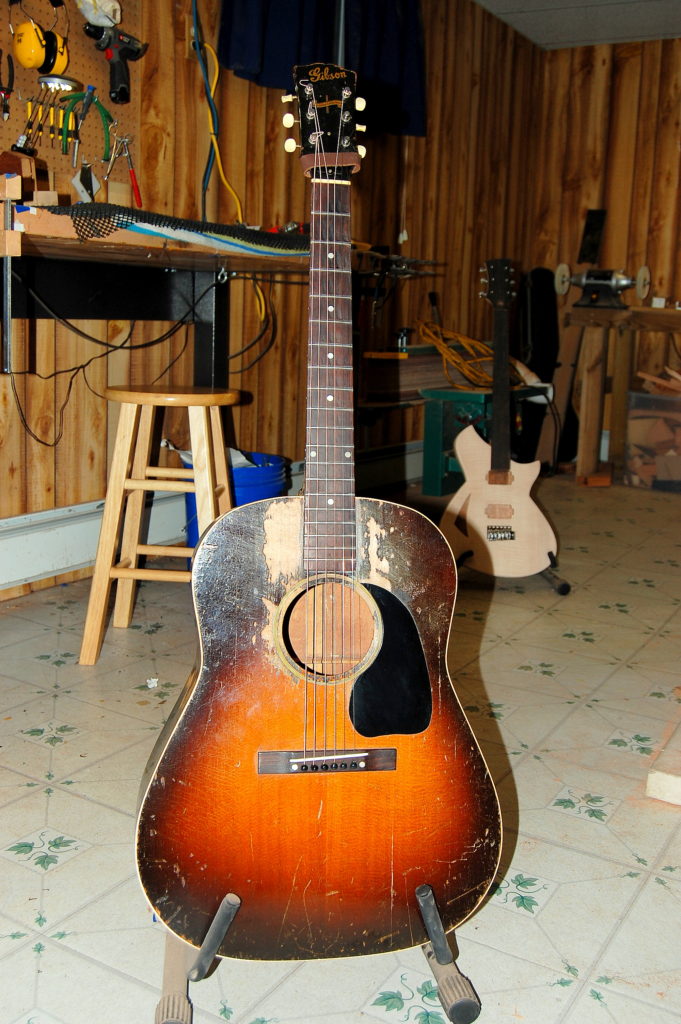 Some Japanese craftsmen and women refer dings, scratches and cracks as Wabi-Sabi. When an item like a bowl or cup would be chipped, a repair would be made with gold. The idea being the damaged area is forever a part of this items life. People didn’t throw stuff away back then. When a repair would be made rather then try to forget like the damage never took place it’s smarter to embrace what has happened and accent those broken spots with a beautiful, shiny, piece of gold. 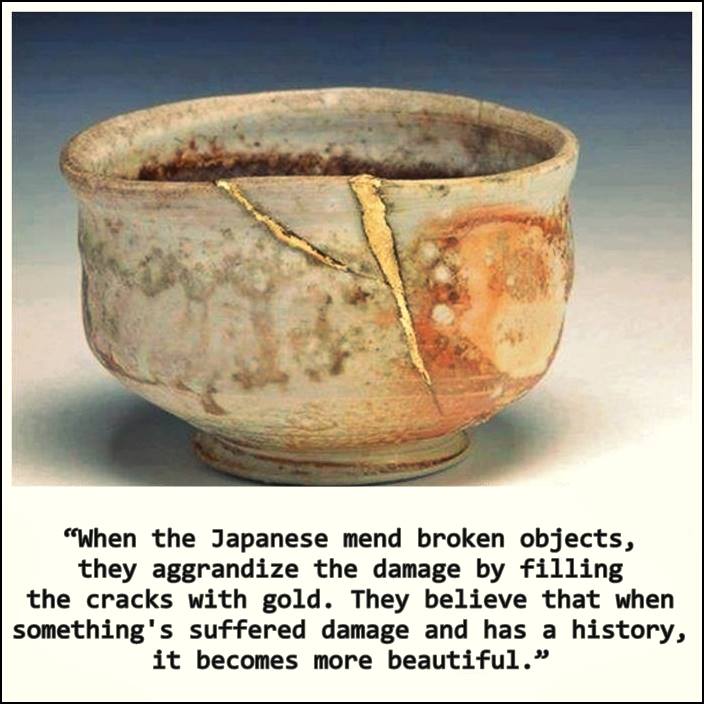 Guitars come in all shapes, sizes and scale lengths. Some have one string while others just have way to many. What really makes this particular instrument special, what make it most like a person, is the way in which it is played. It’s held. Arms wrapped around the neck and body hugged up close to the musician. Whether sitting around a campfire or standing on stage and when close attention is payed the vibrations being played can be felt wherever the guitar makes contact with the player.

Guitars are just like people. We’ve all got a name and a past and continuing to discovering an authentic and unique voice each day. We share the same anatomy, physical features and pick up lots of character and stories along the journey. Playing a guitar with some mojo can take the musician to a new level in playing while ones that need a little love leave the artist frustrated and stuck. Take care of your instruments and they will take care of you. -SB 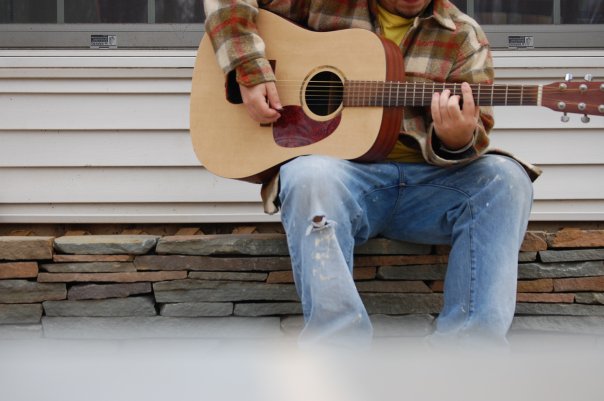