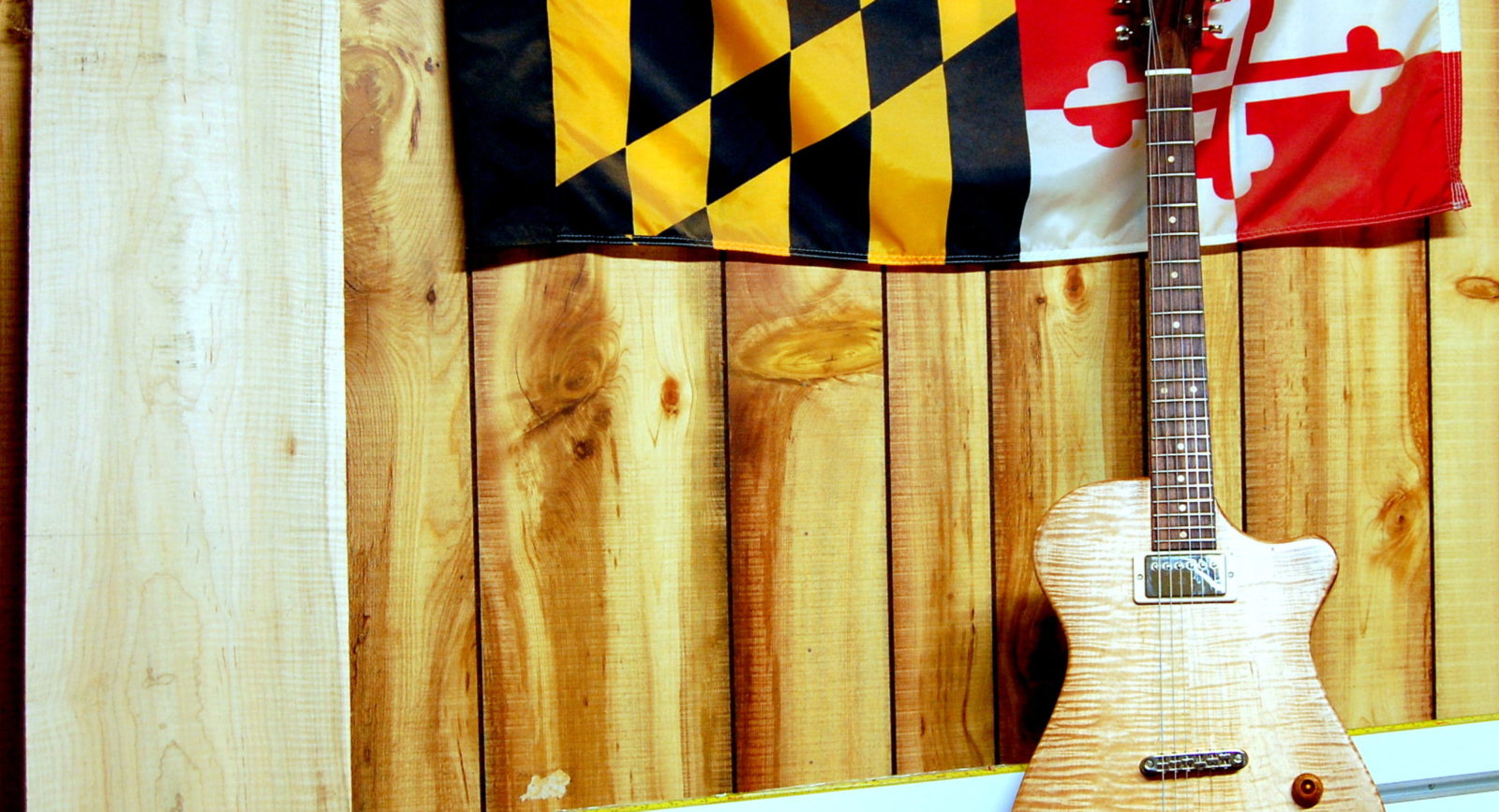 Time is a funny thing. We can spend it. We can waste it. But we can’t make it. We will run out of time but can’t go back in time. We’re always trying to be either on time or in time and take the good times for granted while struggling to let go of bad times. Time manages our day, unless we have good time management skills. How lucky we are when we’re just in the neck of time and how bad we feel when we just don’t have the time. Time heals all wounds and reveal most secrets. Weather it’s a relationship or a reusable spaceship we have to ask  “Will this withstand the test of time?”

The best music will always be played. The strongest structures will stand forever and the greatest stories will be told generation after generation. There isn’t much on this planet that will last forever. That’s one of the reasons why I started this journey 5 years ago. I wanted to create a life to call my own with the time I was given. In order to be successful, I had to start early. So at 26, living comfortably with my friends in the city I love, I left. I started to walk the road less traveled in order to understand more about the difference Frost wrote about. It’s been a ride. Filled with sawdust, super glue, sandpaper and of coarse lots of strings. Here’s a look back on the past seven years of fixing, building and growing my little guitar shop.

Before starting out I was living in Baltimore with a couple high school buddies living downtown. Walking distance from all the watering holes. Lots of happenings. City living is where it’s at for enjoying in the moment. Catch a ball game Tuesday night, a band Wednesday. Who knows maybe the Blue Angles will fly through town over the weekend. There’s always something to do. It’s fun. Can’t say the best but Baltimore is pretty cool. The year I moved out was the year the Ravens won the Super Bowl. I watched from the couch while my friends danced in the streets. Football has never been the same.

While living in the city I was also working at Paul Reed Smith Guitars.  P.R Smith is world renowned for the finest production guitars. I remember the first time I saw Paul in the factory. It was my first or second day and the department I was in didn’t have a bench set up for me so yet so I was working in a walk through area. Paul came around the corner and noticed me. We locked eyes. He is as much a celebrity as the people who play his guitars so I was a bit star struck. Then I noticed the guy next to him. It was Bob Taylor of Taylor Guitars. Paul was giving Bob a tour of the private stock department. The whole encounter lasted 3 seconds but to my 24 year old mind it felt like an eternity. I’m weeks out of luthiery school and have the two modern day Stradivarius walking right past me. Paul gave stared back with a look as if to say ” I’ve never seen you. I don’t know who you are. Don’t mess up.” After 3 months of installing tuners on 50+ guitars a day I was promoted to assembly.

I worked as an assembler up until January 2013. After taking a personal day on December 21, 2012 (can you blame me) my management wasn’t impressed. They really wanted to end the year on a strong note. We started back after new year I was brought into the office and given the axe. Not the employee axe they allow workers to buy from them at cost after 2 years working. This was the axe where they sit you down and say we don’t want you to work here anymore. I’ve guesstimated to have worked on couple thousand PRS’s. If you own a core model built between 2011-2012 there is a great chance I had something to do with putting that guitar together. Someday I hope to also own one from that time.

The months and years following my departure from PRS were a tumultuous time. I focussed on advertising repair services to start gaining customer experience. I advertised on Craigslist and Facebook early on and I was tenacious. Posting regularly in the musical instrument repair section about my services. It worked. I picked up a few jobs and gained exposure posting on CL. I would even bet some of you reading this today noticed some of those early postings. Guess what, I’m still doing it, just way better!

Repairing wasn’t the only reason I started this journey. I needed to create. I had to do everything I did at Roberto-Venn except better. Working at PRS expanded my ideas of construction and when I wasn’t advertising or repairing, I built. The first guitar I made outside of school took 5 months. I told myself everyday I would do one thing towards finishing. A lot of tools I still use today were purchased in order to build that first one. Because of that reason #3 ,The Utz Girl Guitar is the most expensive one I’ve built.

Those first months of repairs brought with them a whole lot of learning. In hindsight there are a couple jobs I would do differently if given the chance. Like installing a 9v battery box for a bass pickup swap from passives to actives. I routed a space for the battery under the pickguard but afterwords realized when the battery runs out, changing it means taking the whole thing apart. I mentioned this to the customer but he didn’t mind. He was happy to have his bass back with new pickups but I wish I could do that one differently. I have many stories like that one but so does anyone who has ever tried to achieving a goal. It’s in the mistakes where the lessons are learned. That’s where a craftsperson’s value starts to develop. The secret to success..failure. Make mistakes. Big ones. Grow. Then persevere.

Every time I finished a build I took it to local shops and ask other luthiers for input, advice and often times a resume. They offered lots of advice and input but never a resume. There was either never enough work to go around or not enough room in the shop. The resume thing didn’t bother me to much but I listened to the advice. I got better. A lot better. I got faster. Before you know it I had finished four scratch builds. After about a year I was giving an opportunity to donating a guitar to a NYE charity auction. I said sure. After two months the guitar was finished and ready to ring in 2013.  It didn’t raise as much as I had hopped but still felt great to give to the event. I was proud of  myself and the progress and delivering on time. This guitar opened a door to a whole new chapter on my journey.

Around this time I reached out to another local repair guy who’s story happened to inspire mine.  We had spoken in the past but I was met with advice like “read more books.” Telling someone you’re interested in learning is a lot different then showing someone what you’re capable of achieving. A few days after seeing the guitar I built, an email arrived offering me an chance to come in and assist on some inlay work. I almost didn’t see the email. That inlay job turned into the start of an apprenticeship. We had a hand shake deal but to make a short story shorter.. Turns out you can’t make a handshake deal with a snake. After not being paid for months and watching him take credit for work I completed. Then realizing he stole electronics wire from me, enough was enough. I stopped going in. Looking back he mostly taught me what not to do.

In the months that followed I continued to repair and build but after being let down a few times, finding a rhythm was challenging. I had a lot of people tell me there was no way I was ever going to make it and after 3.5 years those voices were starting to sound correct. Everyone said “Do it as a hobby. Get a real job.” I looked for work but with skills specific to this trade I found the job search torturous. I remember going to a job fair held at business park in town with a folder full of resumes and B.A in Communications in hand. Vendors asked if I had a security clearance before I could even get my name out. I didn’t stay long. One day, after a brilliant flash of insight, I marched down to local woodworking store with my latest build in hand and was offered a job on the spot. Knowing about router bits finally paid off! No security clearance required.

I’ve since left the wood store and it safe to say my tool/wood collection has grown quite a bit. I’ve continue to build and repair guitars. Still learning with every project. The quality of repair work I’m seeing has improved since starting off. Set ups and electronics are cool but I love hearing a person say “I trust you” and giving me full reign to work the magic on their old guitar. I’m also offering a lot more while you hang out services on set ups and maintenance stuff. No sense in having you make two trips for something that can fixed in an hour. I also enjoy walking people through what I’m doing if they’re interested in learning. I bet you can teach me a thing or two too.

After 7 years, I can finally admit the naysayers were kind of right. Lutherie is a kick ass side job but instrument repair just ain’t what it used to be. A lot of the basics of fixing and modifying your guitar are google-able and few players value their guitars enough to invest money into expensive repairs. Fixing really isn’t much of a business after all. It’s an art form. Only the success of the artist depends on how little their work can be seen. If you want a successful business model, build something fast and cheep. Unfortunately, lacquer takes time to cure and nice pickups are expensive.

Lutherie is so vast a person could spend their whole life trying to figure it out still not know everything. Paul Smith knows a lot but he still doesn’t know everything. I’m not saying running a successful guitar custom shop can’t be done. What I’m saying is it’s mind boggling how difficult it is to make it and sustain as full time and independent.

What the naysayers forgot mention was how much I would learn, discover and grow. They viewed success strictly from a monetary standpoint. They neglected the adventure, pride and smiling customers that are the results from turning a vision into a reality. One of the hardest parts of following your bliss is completely letting go of expectations. Seven years ago I expected by this time I would be flush with custom guitar orders. That’s not the case. But I’ve gained so much more then orders. Instead of expecting I’ve started envisioning. I now have a vision for this endeavor much greater then I could ever dream up seven years ago. I know the lay of the land now. Seen what works and what doesn’t. Learned lessons on the way up and on the way down. So will the leap of faith I took seven years ago pan out? I guess only time will tell. – SB 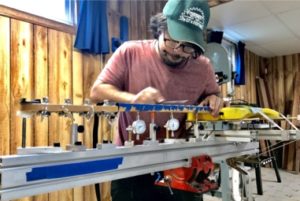